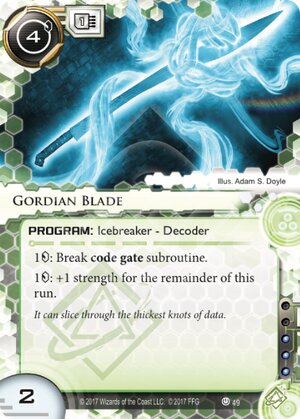 (The Valley era)
Firerunner 20
Don't forget Synergies of Nasir... You have 2 credits and are about to hit an unrezed Little Engine? Good, pump to 2, going down to zero and then use your new 5 credits to pump and break. — Goldstep 16 Apr 2015
Study Guide is generally better for Nasir to dump credits, since it maintains its strength permanently — algorithm 5 Nov 2015
Study Guide is really only good with recurring credits (looking at you, Multithreader), and even then you should probably run Zu for early breaking. — EnderA 24 Feb 2016