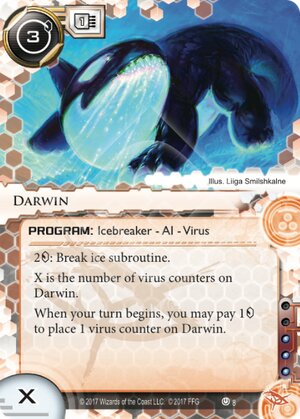 X is equal to the number of hosted virus counters.

When your turn begins, you may pay 1credit to place 1 virus counter on this program.