This is NWE's Geist list for NISEI Worlds 2020. Building this deck, we have basically put in fancy trash cans for Geist and then gradually replaced all these cards with staples instead. Or, to sum up our process:

Even though cards like Tech Writer are great with our ID and Tech Trader, just playing normal cards like Gamble makes this list a lot smoother. It also means that not finding Tech Traders doesn't break our back. So, if it wasn't for a handful or Geist-specific cards, one could almost mistake this list for a regular Leela build.

With the new 20.09 Standard Ban List, runners had to prepare for three completely different archetypes: First you had to be fast enough to keep up with horizontal Asa lists, have enough reach to beat Jinteki glacier, and have enough disruption to beat Titan's Atlas train. Even though our previous Geist version was great at beating glacier, and played Clot to absolutely smash Titan, it got severely outpaced by Asa. If we couldn't fix that matchup, which we expected to make up a huge amount of the field, we would have had to ditch Geist.

So we went looking for tech cards and stumbled upon Stimhack: 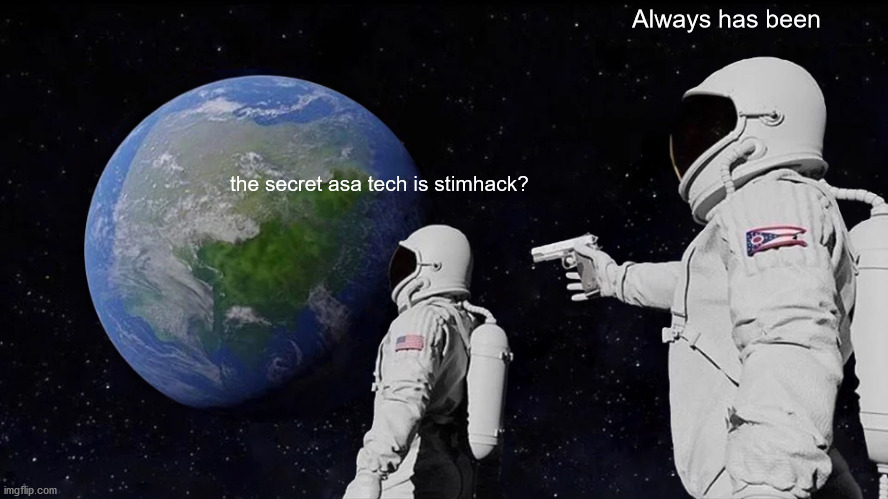 Stimhack is one of the best cards in current standard and a staple in both anarch and shaper. it allows you to cheat out bin breakers or Engolo via SMC. It is also amazing at contesting remotes. However, it hasn't seen much play in crim because it is quite hard for them to effectively use those credits and they opt for green orbs instead. Geist though has multiple outlets for using those credits in Masterwork, Q-loop and Peddler. This is a huge boost to our economy and with Geist you often need some stuff to get going, which you can fund through Stimhack. Often, you would start a Stimhack run on 0 real credits and 9 fake credits, and end up on 9 real credits. Geist can abuse those fake credits super hard: 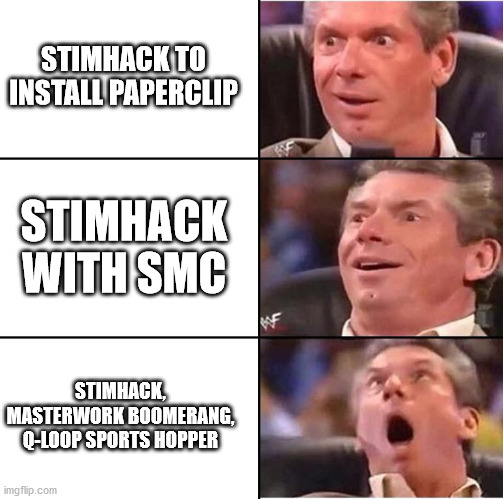 With a full rig of 3x Tech traders, Masterwork and Q-Loop by playing Stimhack and cheating out two Hoppers, you can: make 6 real credits, draw 9 cards, make a run and have a credit left over in a single click for 2 cards and a braindamage. Value!

The last addition to Geist was Sports Hopper. After looking for other ways to improve Geist, @percomis suggested Hoppers. After all, Hoppers were a staple in Geist during the FFG era. And this card is pure gas in Geist. With so much burst econ in the deck, 3 credits are easily affordable even without Tech traders and the ceiling is ridiculous. Drawing 5 new cards for a credit is amazing (qloop a hopper with masterwork and tech traders). It also let's us get into our deck super fast to find those Tech Traders. It also fixed the last problem with Asa because you had to click to draw surprisingly often early in the game. And as an extra, it also helps with stealing Obokatas.

With those two significant changes, we tested the new list, and it was nuts. We tested it against every corp and we think it is by far the best runner, beating every corp that is out there. So we practised it and kept it secret until Worlds.

At the actual event, Geist performed amazing in swiss, with the top three of day 1b @heinzel, @tugtetgut and me being on this Geist or a clotless variation. It also carried @percomis into the cut, by winning multiple 241s and it won me a 241 aswell.

During swiss, Geist biggest weakness was me. I got myself killed by accessing a Snare!, and fachechecking a Cortex Lock on T3. Whoops. @osclate also almost killed me, but then managed to score out in one of the wildest games I had so far. Playing tagme Geist against Argus was interesting to say the least and I even managed to survive a turn with 5 tags (HPT was in hand).

During the cut, Geist won his single game, but then I lost twice on Asa. Asa actually managed to cheese out a win against @Heinzel on Geist, despite it being a terrible matchup.

Worlds 2020 was great and shoutout to all NWE members for a lot of fun when testing for it and playing the event itself. Also a huge shoutout to NISEI for organizing an amazing Worlds and my opponents for all the great games that i had that weekend. Also, thanks to @Klopstock and @qvm for some meme support.