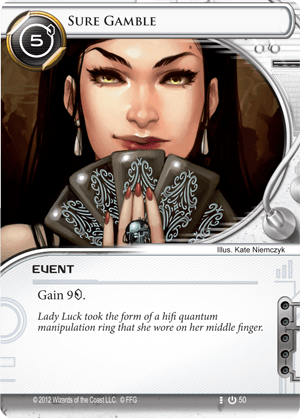 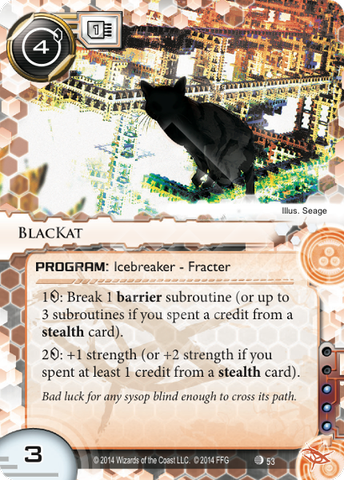 kage02 469
I think it's pronounced BlacKAt. This is a reference to black hats, which are the "evil" side of the hackers (unlike white hats). The fact that BlacKat is an anarch card strengthens this idea. — Lokh 27 Mar 2015