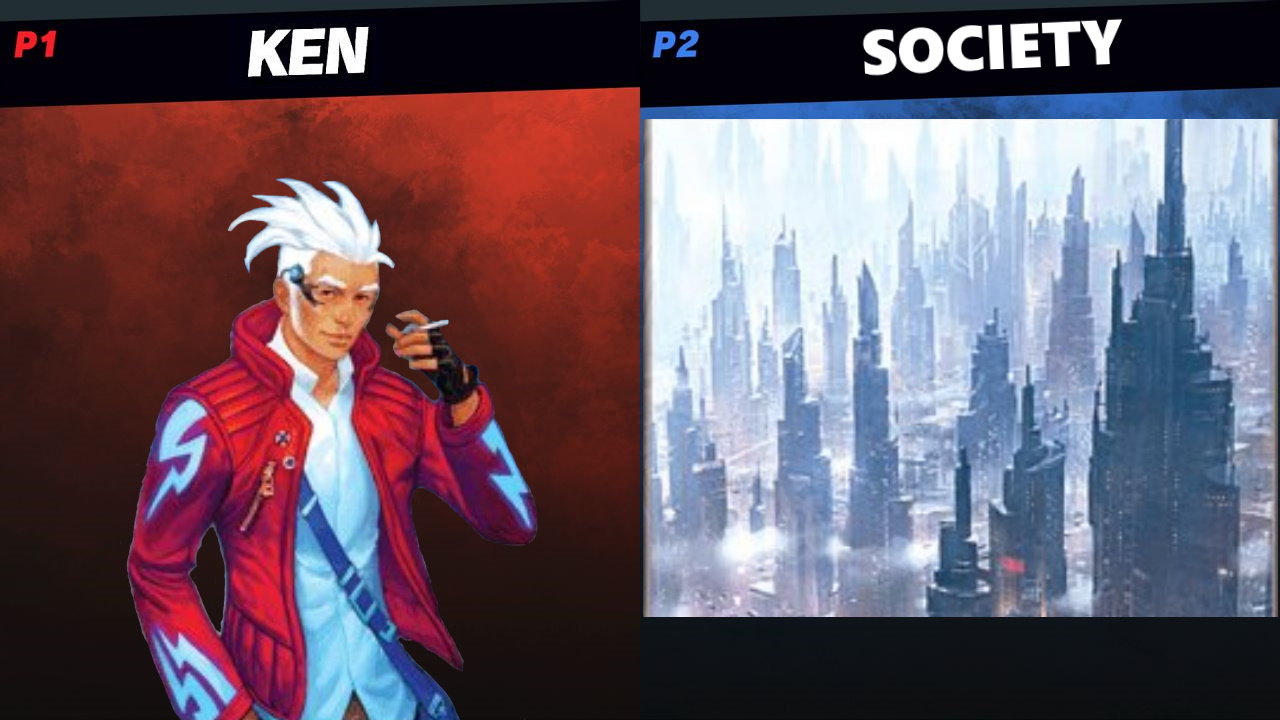 Good, now you are in the same headspace as me whenever I play this deck, welcome to my amazing deck description! This is the first deck I have built since I came back to Netrunner after having not played for a year and having barely played before that. It came about when I was looking through IDs looking for one I could build a deck around and Ken’s ability jumped out to me as a pretty easy one; just put some run events in the deck, what could possibly go wrong!

The goal of this deck is simple: play run events to get money and wreck the corp’s stuff at the same time. You have Engolo to start breaking early, and you have The Class Act and I've Had Worse to find it. The rest is a suite of your pretty standard “good” run events with some spicy one-ofs, good multiaccess in the form of The Maker's Eye, 1 Labor Rights just in case the corp decides “no, I don’t like you having Engolo,” Public Terminal and Swift to profit more off of run events, and Boomerang and Miss Bones to help us go fast.

I recently played this deck in a very small league at University where we played 1 corp and 1 runner game each week and could change our decks between weeks. It ended up going 1-4, which, while is a very disappointing record, I feel like I learnt a lot over the course of the league about the deck and I think if I did it again my record would be much better. Here is a brief summary of each of the rounds:

Round 1, Loss against Weyland Consortium: Builder of Nations This game was over in 5 turns. Legworked into HQ, started accessing with 5 credits and 2 cards in grip, the accesses were Punitive Counterstrike, Priority Construction and Vanity Project. 1 click left to do something about the Punitive wasn’t enough.

Round 2, Loss against Jinteki: Personal Evolution: At least this game lasted 6 turns. I had 4 cards in hand (a marked improvement) running on an R&D protected by Susanoo-no-Mikoto and a Marcus Batty. I lose the psigame, get redirected to archives, and see 7 agendas and not enough cards in hand to steal them. Run archives early kids!

Round 3, Win against Weyland Consortium: Building a Better World Yay, this was the one game I won! I learnt from round 2 and ran archives to find there was a 1 point agenda in there. Flash forward to turn 7 where the corp installs a City Works Project thinking they have me with Punitive but it turns out it’s the winning agenda.

Round 4, Loss against Jinteki: Replicating Perfection This game was really close, I got to 6 agenda points fairly quickly, but just couldn’t keep up on econ late game. One Miss Bones got fed to an Obokata Protocol, the other got hit by a Viral Weaponization. I should’ve installed them earlier but the game do be like that sometimes.

Round 5, Loss against Weyland Consortium: Builder of Nations I’ve learnt this deck likes stealing agendas early, and this game there were no agendas to steal early. 2 The Maker's Eyes hit stone cold nothing, even an Embezzle trashing a Punitive Counterstrike and a Consulting Visit wasn’t enough. I could’ve stolen 1 more agenda if I held a The Class Act in hand, but after that I would’ve had 0 cards in deck and still not enough to live through double punitive.

Overall, while the record looks bad, I feel like if I did it again I could’ve done much better. This deck changed a lot over the league, and I’m really happy with the space it’s in right now. Maybe a different ID would be more valuable, but I’d definitely play it again if I do anything like this in the future.

EDIT: I have now published my corp deck which you can check out here