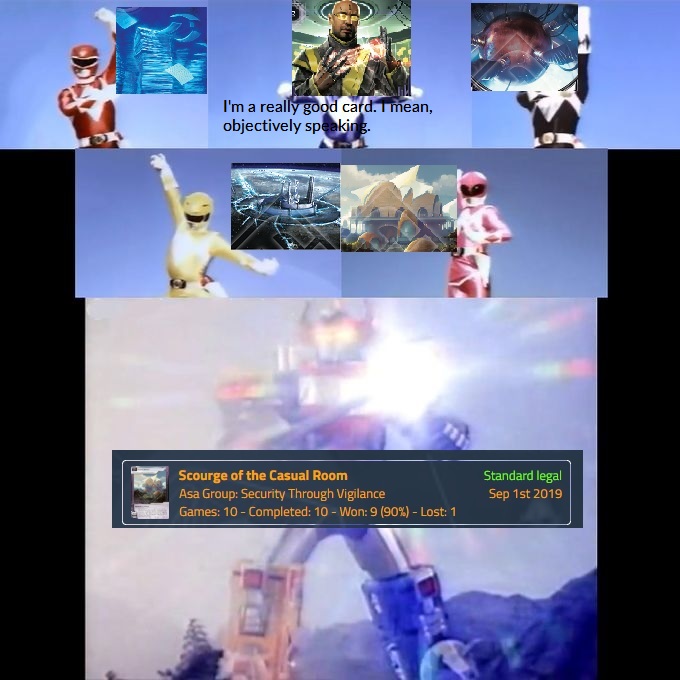 Disclaimer: I don't think this deck is that good, but it can do some cool stuff and feels pretty fun. Your game plan is jamming agendas to get to game point, then close out the game with a neat gimmick of Mason Bellamy, Border Control and/or Ikawah Project, all three of which pressure the Runner's clicks and allow you to set up some nasty puzzles with a bit of work, occasyionally accomplishing the rare feat of actually scoring against a Runner with breakers and money in 2019.

An example is a 3-iced server with Mason Bellamy and Border Control, meaning that a normal Runner is going to run click 1, lose a click on each ice, and then be Border Controlled out. Oops. Or maybe there's no Border Control, but the agenda you're scoring is Ikawah and therefore unstealable if Mason's around. Or maybe you have Heinlein Grid + Mason Bellamy, effectively forcing the Runner to run last click. But if so, Border Control just shuts you out.

Obviously, most Runners have tricks of their own, with Apocalypse, Hippo, Beth and Surfer all potentially messing with your plan. I think you have some game all of them, largely on the back of Border Control being such a potent effect, but I haven't really tested enough to say (why risk losing a 90% WIN RATE?!). So far, most of my games have been against people who seemed to be caught unaware by the gimmick, which obviously makes things easier. I suspect that if the Runner knows what's up and is proactive about clearing out your remote, things get significantly harder.

Beyond that, there's not much to say, except that I've been a lot happier about Asa than I thought. This deck started out as a Sportsmetal deck, then became a Seidr deck when I thought Mason would let me recur Border Controls, then became Asa for want of a better option when I ended up only ever triggering my ID on Ikawah steals. This let me go to 3x Blue Level Clearance, as BLC (and Rashida) forces you into mildly awkward turns if you don't want to discard cards, but Asa often fixes that. It also lets you IAA Ikawah while throwing in a Mason or Border Control, which is niche but pretty strong.