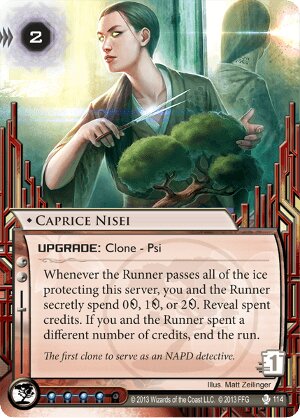 This card was heavily bemoaned around its launch as being un-fun and game-breaking. While it certainly can be un-fun (especially in RP, when combined with a Nisei token) I think it's an interesting card. Irrespective of its entertainment value, it is incredibly strong once installed, but its trash cost weakens your R&D to digs. Its natural home is probably RP, where it can make a nigh-on unassailable remote late in the game. It also has great utility against crim, making account siphon hard to fire, or as a general puzzle piece to increase how taxing a server is - for example, on R&D behind some taxing ice. Against it, it can certainly be played around - especially if the corp hasn't yet become rich. Overall, a strong card with a suitably high influence cost.