As beautiful as it is dangerous. And it's plenty dangerous.
Jinteki • Anna Ignatieva • Mala Tempora 54
All sets:
Links: Decklists | ANCUR 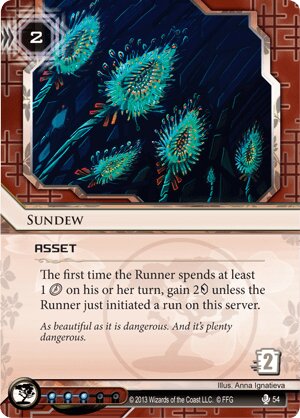 (Order and Chaos era)
Goldstep 88
Great combo with replicating perfection and industrial genomics as White Tree stops the runner from being able to run it first click, and IG causes the trash cost to be prohibitive. — Jackpot 7 May 2015
Add in Hostile Takeover? To a Jinteki deck? Am I missing something here? — convoke 23 Feb 2016
@convoke Pretty sure he meant Hostile Infrastructure. — umchoyka 1 Mar 2016